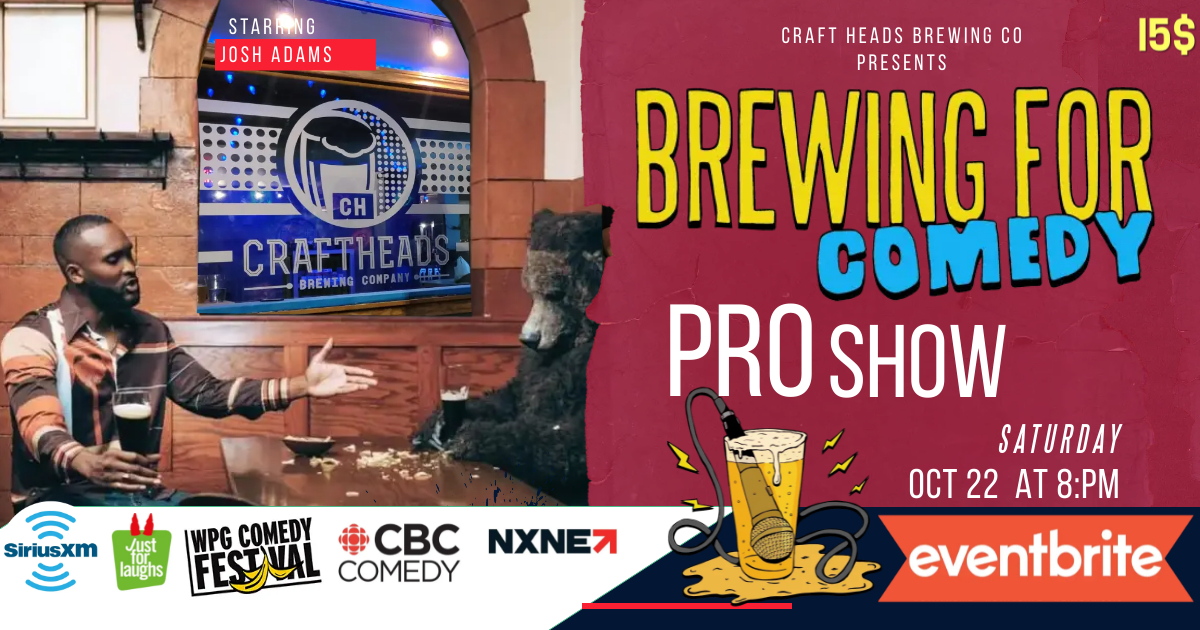 Brewing for Comedy is excited to announce one night only shows with national touring acts sharing the stage with local favourites.
This month we have Josh Adams

Josh Adams is a quickly rising Detroit Comedian who is the Winner of BET Apollo, has been seen on FOX, Centric and Netflix, Featured in Hour Magazine, Voted one of the top 50 undiscovered comedians by Thrillist, Opened for Roy Woods Jr, Monique and DL Hughley and most recently seen on Hard Knocks on HBO!
Hailing from Detroit, Michigan, Josh Adams is gearing up to be a comedic heavy hitter. Over the course of his career, Adams has performed in front of all types of audiences from mainstream to urban, and at venues across the country ranging from colleges, to churches, to comedy clubs. Drawing from his unique perspective as a kid who was born in the hood and grew up in the suburbs, Adams holds his own when performing alongside national headlining acts such as Mike Epps, Thea Vidale, J. Chris Newberg, and Finesse Mitchell.

Brewing For Comedy is a weekly Stand up comedy show tuesdays at Craft Heads Brewing Co. Every week a new ensemble of comedians take the stage, sharing their observations, stories and opinions. The show is balanced between new comedians and ones more experienced, with even a few pro touring acts stopping by. No two shows are the same, but there will always be something to remember. Hosted by Rob Kemeny and Paul Montanier (Windsor Comedy Fest, Thunderbay Comedy Fest, Laughfest, Paul Bunyan Comedy fest, NextBestComic winners) Featuring Tim Reaburn and Scott Gaughan from the DotDotDotwithTimandScott Podcast, Justin Pedick (voted best Local Comedian via detroit Metro Times), Billy Squires and many more! See less
Comedy