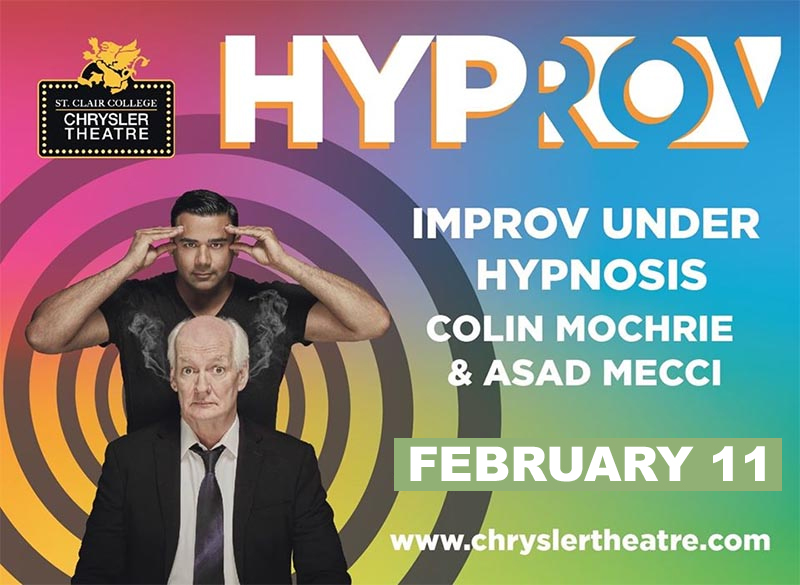 COLIN MOCHRIE “Canadian comic genius” TV GUIDEColin Mochrie is an alumnus of Toronto’s famous Second City comedy troupe and is widely considered to be one of the leading improvisers in the world.He is most-recognized around the world as a star of the ubiquitous comedy Whose Line Is It, Anyway? After nine years as a regular on the British improvisation series Whose Line is it Anyway?, he became a regular on the American version hosted by Drew Carey, which ran for six years on ABC and three years on ABC Family. In 2011, the entire cast was reunited in Vegas for Drew Carey’s Improv-aganza, a new series which aired for one season on GSN. A new hit version of Whose Line is it Anyway? followed in 2013, featuring Colin, Wayne, Ryan, and new host Aisha Tyler, and is currently in its fifth season on the CW Network.

ASAD MECCI Asad Mecci’s jaw dropping performances have captivated audiences worldwide. He has performed in front of over 1.5 million people live and millions more through mass media. You might have seen Mecci on Entertainment Tonight, MTV, Maxim Online, HGTV, YTV, talk television or read about in the New York Times, Huffington post and in Maxim Magazine. Away from the television cameras and radio waves, Mecci has amazed crowds at Canada’s Wonderland, Skydome, GE Theater and The Just for Laughs comedy festivals. Even within the confines of major companies like Remax, IBM and Rogers, Mecci has been invited to entertain and motivate employees and management. When he is not performing on stage, Mecci uses hypnosis to help people lose weight, reduce stress and achieve peak performance.