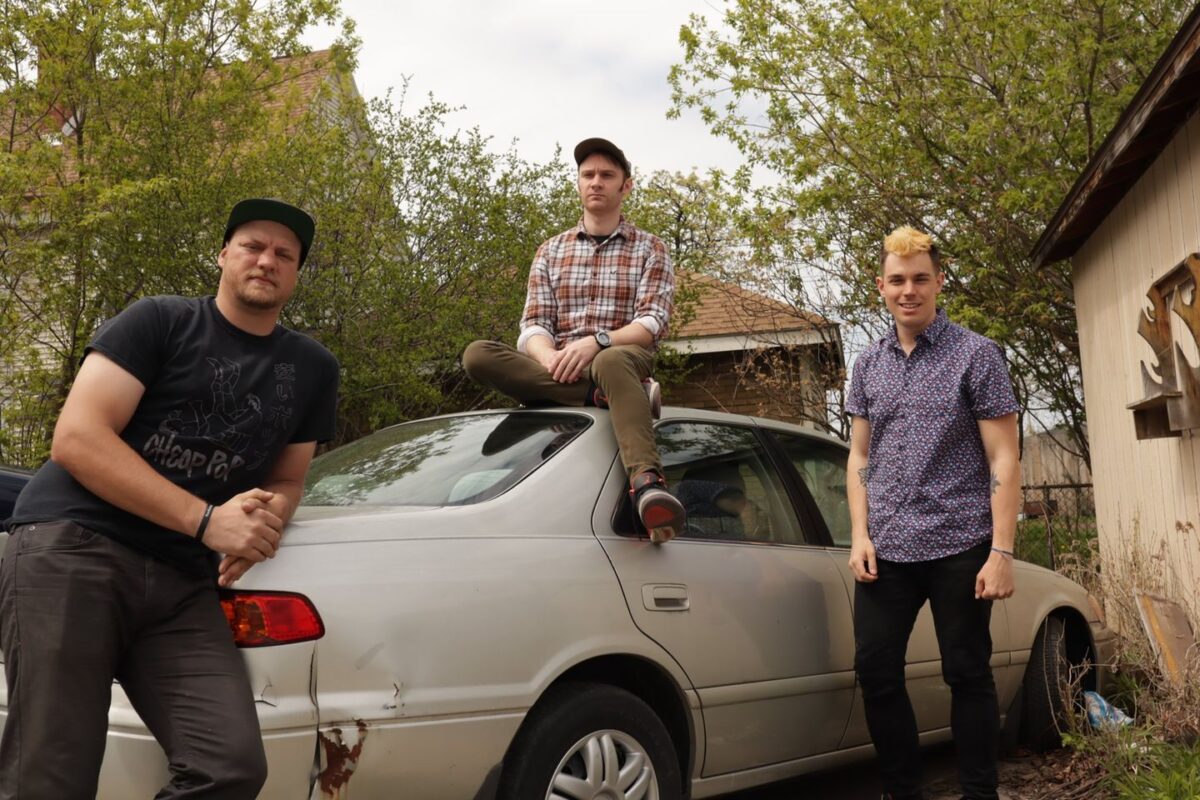 On The Cinder / Avoid The Comment Section / Sourface at Phog Lounge

On The Cinder is a three piece melodic punk rock band from Buffalo, NY. Starting out in 2013, On The Cinder has come from being three college roommates throwing house shows in their basement to being a well tuned road warrior outfit with fast riffs and melodic vocals punched out by three friends that are still playing house shows in basements. In 2021, OTC released the concept EP Sedentary Escape which was distributed by A-F Records out of Pittsburgh, PA and have new material ready for their third full length LP to be announced. Silly people playing fast serious music pretty much sums it up.

Avoid The Comment Section
Born from the sheer frustrations of the pandemic and ignorance of social media comment sections, Avoid The Comment Section combines punk and hardcore influences with each members own musical styles.
Jay Buston (vocals) and Ash Richtig (guitar) are no strangers to the local hardcore scene and have played in multiple bands together previously such as Repetitions and The Line Drawn. Currently, they also play different roles in The Heatseeking Moisture Missiles.
Mike DiNunzio (drums) has roots in the hard rock/metal scene playing with such acts as Sophist, Siren Phase and The Matt Austin Band.
Newcomer to the band, Ryan Wilson (bass) rounds out the line up making us ready to show the scene our brand of punk rock.
FFO – Negative Approach, Propaghandi, Gwar……