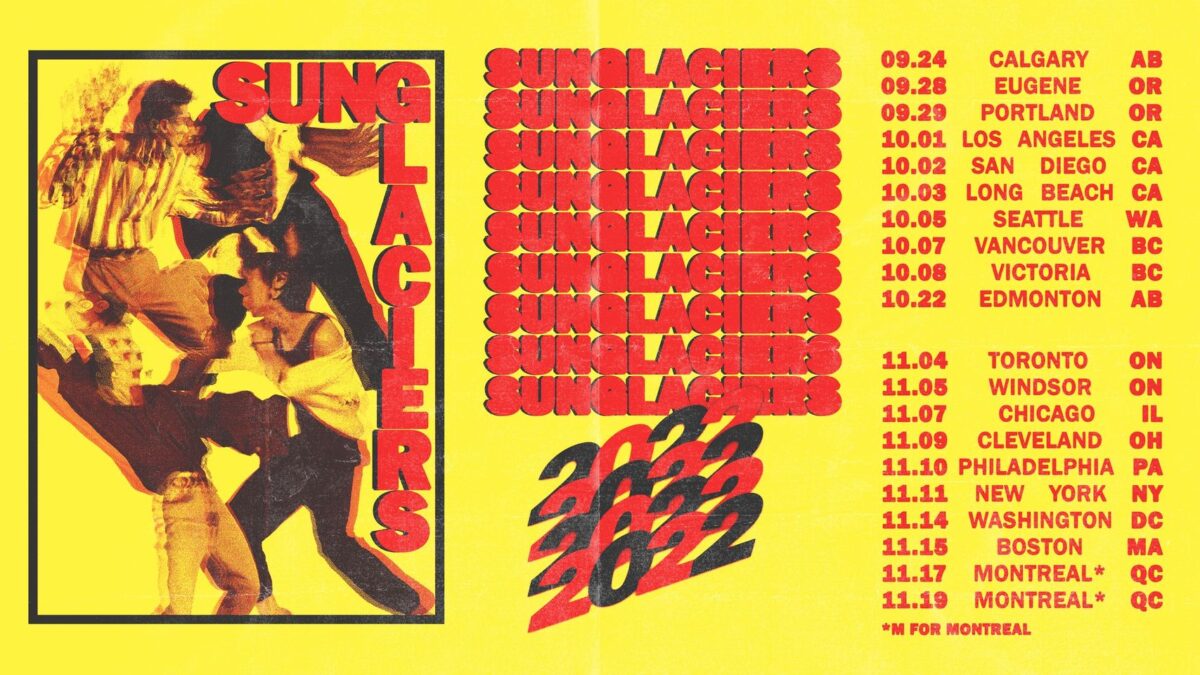 Like their name might suggest, Sunglaciers’ music blurs the boundaries between dazzling indie-rock melodicism and icy post-punk experimentation. The band initially came together in 2017 as a collaboration between Mathieu Blanchard and Evan Resnik, both of whom handle an array of instruments. The past five years have found them steadily growing in popularity, sharing stages with acts such as Omni, Preoccupations, and Daniel Romano, while topping the charts of campus radio stations in Western Canada, following the releases of a debut full-length, Foreign Bodies, as well as a couple of EPs. The Calgary quartet is back with Subterranea, a second full-length co-produced by hometown hero Chad VanGaalen and mixed by acclaimed engineer Mark Lawson (Arcade Fire, Yves Jarvis, The Unicorns), to be released on March 25th, 2022 via Montreal-based label Motherland.